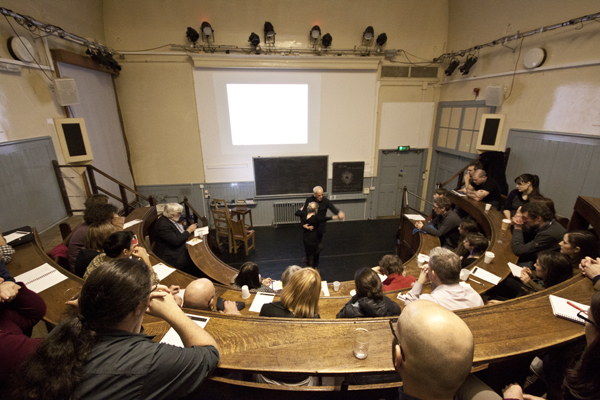 The Captured Thought was recently invited to visit and lecture at ASCUS, the Edinburgh based organisation dedicated to bridging the gap between the Arts and Sciences.

Nicola Clayton and Clive Wilkins, scientist and artist respectively, explore the complex relationship between memory, and our ability to travel backwards and forwards in the mind’s eye, incorporating Nicky’s research on corvids, and Clive’s newly published work ‘The Moustachio Quartet’, a series of novels that can be read in any order. Join them both for a fascinating talk looking at how they incorporate various aspects of science, art and the performing arts in their work.

“We don’t remember what happened. What we remember becomes what happened. As in life, stories rely heavily on the sequence in which events unfold. In truth, our memories are as much about what will happen next, as about what has already occurred~ it would be a poor sort of memory that only worked backwards.”
– Nicola Clayton and Clive Wilkins

Nicola Clayton is Professor of Comparative Cognition in the Department of Psychology at the University of Cambridge. Nicky is psychologist, ornithologist and dancer. She has written numerous publications on cognition in crows and children. She was elected a Fellow of the Royal Society in 2010 and she is Scientist-in-Residence at Rambert (formerly Ballet Rambert).

Clive Wilkins is Artist-in-Residence in the Department of Psychology at the University of Cambridge. Clive is a writer, fine art painter, and dancer. His paintings have been frequently exhibited in London, including The National Portrait Gallery. His recently published novels ‘The Moustachio Quartet’ were featured at the UK’s leading literary festival at Hay-on-Wye.

Dr. James Howie and Prof. Nicky Clayton in the lab above and exploring Colin Sanderson’s Artiscience library below. In addition, Nicky and Clive had a fascinating discussion with artists and lecturers from Edinburgh Art College and neuroscientists, including  Dr. Jane Haley, Edinburgh Neuroscience Scientific Coordinator~ about plans to develop an interdisciplinary Arts/Science Masters programme.

The splendid and ancient lecture lecture in which The Captured Thought lecture was given. It was pleasure to work in such a lovely auditorium. 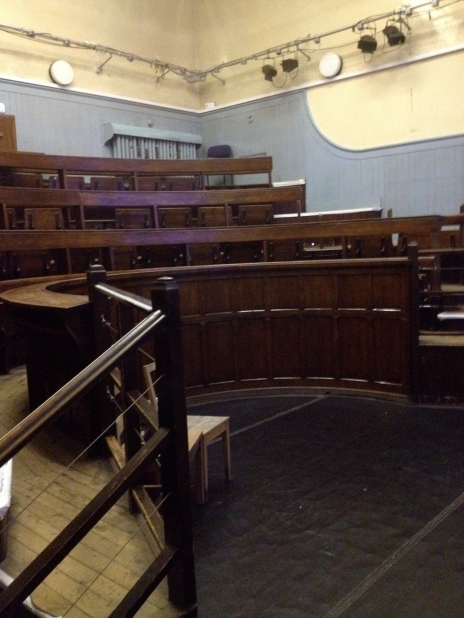 Clive and Nicky were latter able to meet the indefatigable Richard Dimarco, Scotland’s most famous art dealer and exhibition programmer~ the man who introduced Joseph Beuys to the UK. 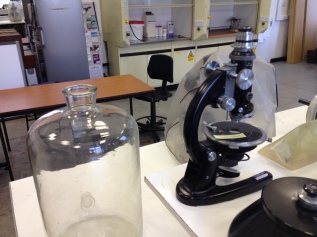